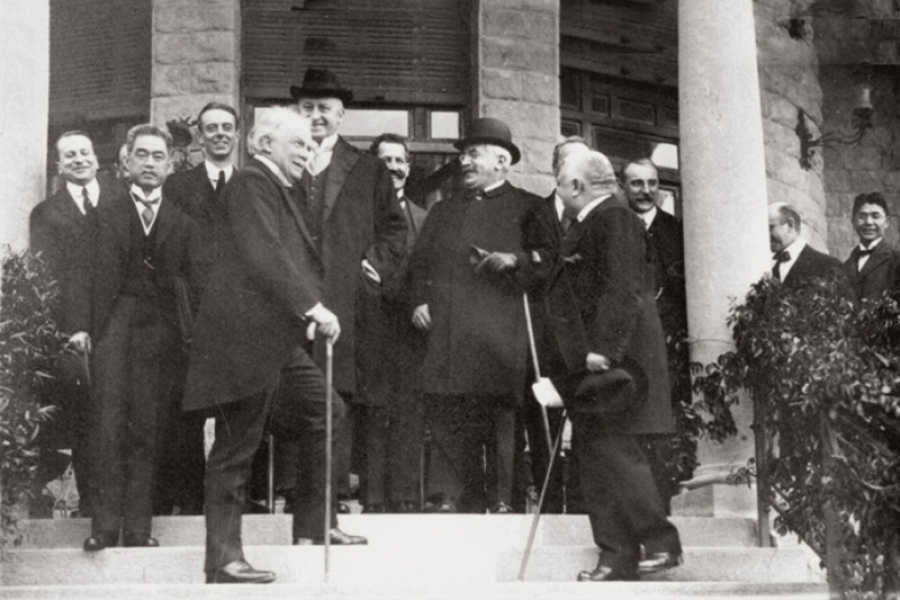 On the 24-25 of April 2010, the European Coalition for Israel conducted a number of educational seminars delivered by Eli Hertz from the United States and Solomon Benzimra (zl) from Canada. It was followed by a ceremony held in San Remo at the same house (Villa Devanche) where the signing of the San Remo declaration took place in 1920.

The event attracted politicians as well as grassroots activists from around Europe, the U.S., and Canada. Member of Knesset and Deputy Speaker Danny Danon also attended and delivered greetings from Jerusalem. At the conclusion of the commemoration, the following statement was released: “Reaffirming the importance of the San Remo Resolution of April 25, 1920 – which included the Balfour Declaration in shaping the map of the modern Middle East, as agreed upon by the Supreme Council of the Principal Allied Powers (Britain, France, Italy, Japan, and the United States acting as an observer), and later approved unanimously by the League of Nations; the Resolution remains irrevocable, legally binding and valid to this day. “Emphasizing that the San Remo Resolution of 1920 recognized the exclusive national Jewish rights to the Land of Israel under international law, on the strength of the historical connection of the Jewish people to the territory previously known as Palestine. “Recalling that such a seminal event as the San Remo Conference of 1920 has been forgotten or ignored by the community of nations, and that the rights it conferred upon the Jewish people have been unlawfully dismissed, curtailed and denied. “Asserting that a just and lasting peace, leading to the acceptance of secure and recognized borders between all States in the region, can only be achieved by recognizing the long established rights of the Jewish people under international law.” The outcome of the declaration gave birth to the “Mandate for Palestine,” an historical League of Nations document that laid down the Jewish legal right to settle anywhere in western Palestine, a 10,000 square-miles the area between the Jordan River and the Mediterranean Sea. Fifty-one member countries – the entire League of Nations – unanimously declared on July 24, 1922: “Whereas recognition has been given to the historical connection of the Jewish people with Palestine and to the grounds for reconstituting their national home in that country.” Jews are in the Land of Israel as of right and not on sufferance. It is important to point out that political rights to self-determination as a polity for Arabs were guaranteed by the same League of Nations in four other mandates – in Lebanon and Syria [The French Mandate], Iraq, and later Trans-Jordan [The British Mandate]. Any attempt to negate the Jewish people’s right to Palestine-/Eretz-Israel/, and to deny them access and control over the area designated for the Jewish people by the League of Nations is an actionable infringement of international law.